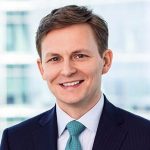 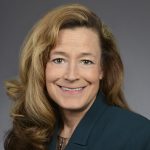 In this episode of the Arbitration Conversation Amy interviews Travis Lenkner, Managing Partner of Keller Lenkner LLC. Travis has previous experience as a litigator at an AmLaw 25 law firm, a legal entrepreneur and investment manager, in-house counsel at a Fortune 50 company, and a law clerk at the Supreme Court of the United States.

Travis Lenkner’s firm filed the majority of the 75,000 individual arbitration claims against Amazon alleging that the company’s Alexa-powered Echo devices recorded its users without their consent. This strategy led to Amazon having to pay millions of dollars in filing fees as per its arbitration policies, ultimately forcing the company to change its terms of service and allow its customers to file lawsuits in the courts to pursue their claims.

Travis is is listed on Lawdragon’s 500 Leading Lawyers in America and the National Trial Lawyers’ Top 100. He is also a member of the Board of Advisors of the Institute of Judicial Administration at New York University School of Law. Travis also served as a Senior Counsel at The Boeing Company, where he represented the company in litigation matters and advised senior executives on significant regulatory issues.

Read more about the mass claims arbitration against Amazon, here.

In this episode of the Arbitration Conversation, Amy interviews Nicholas Gowen, a litigation partner at Burke, Warren, MacKay & Serritella in Chicago and experienced arbitrator. https://youtu.be/eAh6Irb6bSg

In this round of Arbitration Tips-N-Tools (TNT), Professor Amy Schmitz asks some of the leading arbitration practitioners about planning and executing a preliminary arbitration hearing, especially in a digital world...

In this episode of Arbitration Conversation Amy Schmitz interviews Prof. Bob Bailey of Mizzou Law on the new unanimous Supreme Court decision (authored by Justice Gorsuch) around the enforceability of...