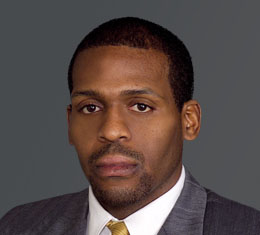 Over 18 years of experience in litigation and arbitration. Practice focuses on a range of matters, including class actions, contract and real estate-related disputes, technology and software integration-related disputes, administrative actions, and privacy and cybersecurity. For instance, has successfully defended individual and class action suits arising under the TCPA, AIPA, FCRA, FDCPA, and state consumer protection statutes, assisted clients with disputes arising from a software integration and defended data breach lawsuits. Also defended clients in administrative actions before agencies such as the Illinois Department of Financial & Professional Regulation and the Illinois Department of Revenue. Handled many First Amendment cases alleging defamation and other privacy torts, and as a registered patent attorney, he has litigated IP disputes. Prepared matters for trial, tried cases to completion, and represented clients on appeal in both federal and state courts.

In addition to being an accomplished litigator, has significant experience in all areas of arbitration. Represented clients engaged in domestic and international arbitration before many administrators, including the AAA, ICDR, ICC, and IFTA. Has also litigated dozens of actions to enforce arbitration agreements. And, in doing so, has faced many threshold questions of arbitrability, such as whether the court or an arbitrator decides if an arbitration agreement permits class arbitration and if the Federal Arbitration Act preempts certain state laws

Has also served as arbitrator in over 50 arbitrations. Acted as both panel chairperson and sole arbitrator. Has considered all types of motions, including dispositive motions, and drafted interim decisions and final awards. Has also presided over many arbitrations that resulted in amicable resolution. Given significant experience litigating issues of arbitrability, has often been called on to decide these threshold issues when the applicable arbitration agreement delegates them to an arbitrator.