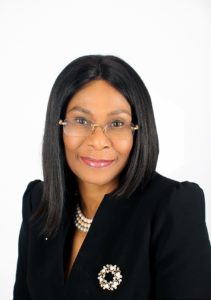 She has conducted arbitration extensively both domestically and internationally in various disputes across a wide range of industries including corporate, construction, infrastructure projects, energy, maritime, banking and finance. She has acquired significance experience in international and domestic arbitration. She has acted as counsel in various arbitration proceedings. Her clients include oil & gas companies, banks, property development companies, and multinational corporations. Adedoyin has also mediated various disputes.

Adedoyin is very supportive of diversity causes and promotes the equal representation of women in Arbitration. She is a member of the International Steering Committee of the ERA Pledge and Co –Chairs the African Sub- Committee .She is a member of ArbitralWomen.

She has written several articles on Arbitration /Alternative Dispute Resolution and regularly delivers papers at international and domestic conferences and training events. She is an approved tutor for the Chartered Institute of Arbitrators and a Regional Pathway Leader for Africa. She is the author of the book titled: ‘Commercial Arbitration Law and Practice in Nigeria through the Cases’ published by LexisNexis.