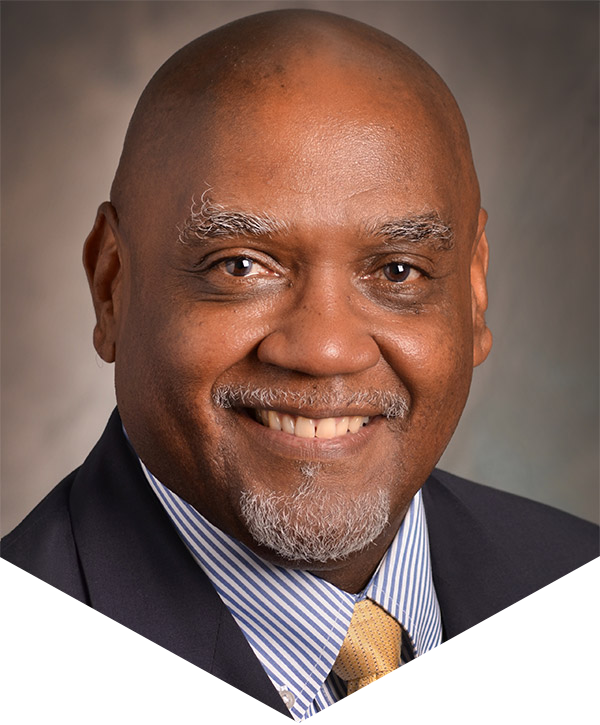 Professor La Rue is an experienced and highly-sought arbitrator and mediator of workplace and other disputes. He has over thirty-five years of experience in a variety of industries and settings including, but not limited to, airlines, railroads, retail, higher education, telecommunications, public sector state and local government and federal sector. Professor La Rue also is an accomplished educator, particularly in the field of alternative dispute resolution. He has been teaching law since 1983 and has been a full professor on the faculty of law at Howard University School of Law since 1994.

Professor La Rue has extensive experience as a preeminent and highly sought-after labor and employment law arbitrator and mediator. For more than 35 years, he has served as an arbitrator and a mediator in numerous complex national and global matters, including labor, employment, and commercial disputes.

Professor La Rue He is President of the National Academy of Arbitrators (NAA)  He is the recipient of the 2020 D’Almeberte-Raven Award for outstanding service to the ADR field. The Award is the highest honor given by the ABA Section of Dispute Resolution. La Rue is past Chair of the Council of the Section of Dispute Resolution of the American Bar Association. He also was Chair of the Maryland State Labor Relations Board from 2008 to 2011.

He is the permanent arbitrator for several collective bargaining agreements. Professor La Rue is a member of the labor-management roster of arbitrators of the American Arbitration Association and the Federal Mediation and Conciliation Service. He also is a member of the roster of arbitrators for employment disputes with the American Arbitration Association. He has recently been appointed as an independent arbitrator to hear antidoping disputes arising under the USADA Protocol for Olympic and Paralympic Movement Testing (“USADA Protocol”).

Professor La Rue is a past president of the Society of Professionals in Dispute Resolution (SPIDR), now the Association for Conflict Resolution. He is a Fellow in the College of Labor & Employment Lawyers. He also is a Distinguished Fellow in the International Academy of Mediators (IAM) and has served on its Board of Governors. The Peggy Browning Fund’s 2015 DC Awards Reception recognized Professor La Rue for his fair and impartial work as a labor-management neutral. Professor La Rue was the 2017-18 Neutral-In-Residence at the School of Industrial and Labor Relations (ILR) at Cornell University.

He has lectured extensively and conducted training in the dispute resolution field to a variety of bar, business, and labor groups, both domestically and internationally. He has served as a technical advisor and trainer for the Commercial Law Development Program (CLDP) of the U.S. Department of Commerce. The project on which he worked was designed to assist in the development of a regional ADR system for the resolution of commercial disputes in Central and West Africa. As a technical consultant to the project, he lectured and conducted training programs and conferences in countries in Central and West Africa. His publications include a chapter in Evolution of a Field: Personal Histories in Conflict Resolution (eds. Welsh and Gadlin, DRI Press, December 1, 2020).

One of his current initiatives, known as the Ray Corollary Initiative (RCI), now a non-profit organization, is designed to address the lack of persons of color and women selected as ADR neutrals.  The initiative is based on his law review article, The Ray Corollary Initiative: How to Achieve Diversity and Inclusion in Arbitrator Selection published in the Howard Law Journal in 2019.