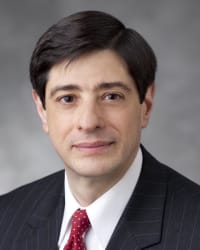 Aegis J. Frumento joined Stern Tannenbaum & Bell LLP in 2012. Mr. Frumento had been a Managing Director of Morgan Stanley Smith Barney, a partner and the co-head of the Financial Markets and Securities Litigation Groups of Duane Morris, LLP, and the managing partner of Singer Frumento LLP. Mr. Frumento began his career at Schulte, Roth & Zabel.

Mr. Frumento has broad experience representing parties in corporate, commercial and general business disputes. He now concentrates on representing firms and individuals in the regulated banking, financial, and securities industries (including banks, broker-dealers, investment advisers and related businesses); private companies raising capital and preparing for public offerings (especially start-ups involved in finance, financial technology and blockchain applications); and senior executives of public companies in employment, stock ownership matters, and employee benefit disputes (particularly those involving unpaid compensation, anti-competition restrictions, and denial of private disability insurance benefits). He has over 25-years’ experience litigating and arbitrating complex corporate, commercial and securities disputes, and has practiced extensively before the SEC, FINRA and other regulatory bodies. At Morgan Stanley, he headed the Executive Financial Services Department, which was responsible for legal compliance of sales of stock by all clients of the firm who were corporate insiders.

Mr. Frumento has tried jury and non-jury cases in all New York state and federal trial courts. He is a member of the United States Courts of Appeal for the 2d and 3d Circuits and the United States Supreme Court.

Mr. Frumento is a graduate of Harvard College and New York University Law School. He has an AV® Preeminent™ Peer Review Rating, Martindale Hubbell’s highest rating, and was selected a New York Super Lawyer® in 2019. He has published dozens of law review and other articles and has often appeared on professional panels speaking on securities law issues. He chaired the American Conference Institute’s Annual Forum on Broker-Dealer Arbitration in 2004, 2005 and 2006.