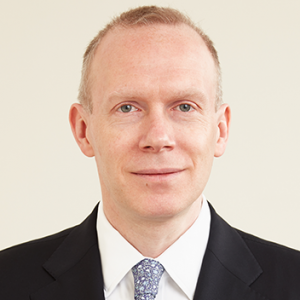 Alexander Uff specialises in international commercial and investment treaty arbitration. Originally qualified as a barrister, Alexander was a partner in an elite global arbitration practice at Shearman & Sterling for several years before joining Quadrant Chambers in 2021. He provides advice, representation and advocacy to corporations, States and State-owned entities in complex international commercial and investment treaty arbitrations. His work has focused in recent years on disputes in the energy, mining and infrastructure sectors, investment treaty claims and commercial disputes, while his experience covers numerous other industries and subject matters including IP and licensing, M&A, shareholder and joint venture disputes, pharmaceuticals, IP, retail, food industries, aviation and agribusiness, among others. He has conducted arbitrations under the ICSID, ICC, LCIA and CRCICA Rules, as well as ad hoc arbitrations including under the UNCITRAL Rules. Alexander’s practice is fully international and before relocating to London in 2013 he spent substantial parts of his career practicing international arbitration in Paris and New York, where he is also admitted. He has handled disputes in Western and Eastern Europe and CIS countries, North and South America, South Asia, the Middle East and North and sub-Saharan Africa.

Alexander has been recognized for several years as a “future leader” in international arbitration by Who’s Who Legal (2018-2021). The 2020 edition reports that he is ‘a name to remember in investment treaty arbitration’; while the 2021 edition describes him as ‘an extremely sharp and a creative lawyer’ with ‘great commercial sense’.