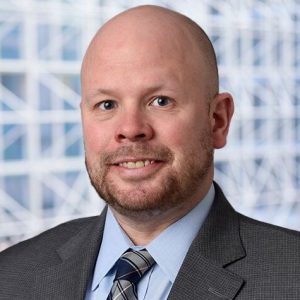 Ches Garrison has institutional knowledge and legislative accomplishments that equip him with the substantive and strategic know-how to help clients in the changing political landscape. Ches helps clients on white collar, financial services, tech reform, and other judiciary matters. He has worked alongside the Banking, Finance, and Judiciary Committees, Executive Branch officials, and foreign governments.

During his combined 10 years in the Senate, he worked with numerous Democratic and Republican offices and executive branch agencies on significant pieces of legislation and regulatory efforts, providing him with a wealth of policy and procedural experience.

As part of his work in the Senate Judiciary Committee, Ches drafted legislation and developed legislative strategy with bipartisan staff, business community, federal agencies, foreign governments, and advocacy groups on anti-money laundering (AML), beneficial ownership, and anti-corruption legislation, including the bipartisan TITLE Act and Corporate Transparency Act, which was passed into law in 2021.

He also advised Senator Whitehouse on issues related to tech issues, tax administration, banking and securities regulation, digital privacy, tort reform, bankruptcy, immigration, and matters related to the Drug Enforcement Administration. He has worked with financial services and banking trade associations on bills related to credit unions and small business bankruptcy, including helping secure the passage of the Small Business Reorganization Act in 2019.

Prior to working for Senator Whitehouse, Ches was an associate attorney in the bankruptcy and financial restricting practice of another international law firm.