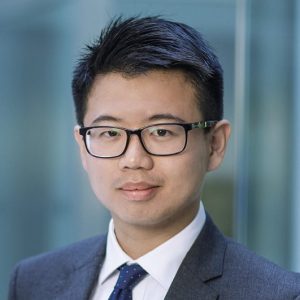 Christopher is an associate in Carey Olsen's dispute resolution and litigation practice in Jersey.

Christopher has an interest in a broad range of civil and commercial disputes. He has experience of shareholder disputes, directors' duties litigation, restructuring and insolvency issues, regulatory and public law matters and contractual disputes across industries, including the financial services, energy and retail sectors. He also has an interest in pro bono matters.

Christopher joined Carey Olsen in 2020 after training with Freshfields Bruckhaus Deringer LLP in London. As a trainee, Christopher gained exposure to a broad mix of dispute resolution work, including during a secondment to Paris where he focussed on energy sector disputes. He further spent time doing restructuring, corporate and employment work in London. He was admitted as a solicitor in England and Wales in March 2020.

Christopher studied law at the University of Cambridge, graduating with a first class degree in 2017. His final year dissertation on 'Peoples and Postcolonial Self-Determination in Southeast Asia' was subsequently published in the Australian Journal of Asian Law. He completed the accelerated Legal Practice Course at BPP University (Holborn) in 2018.