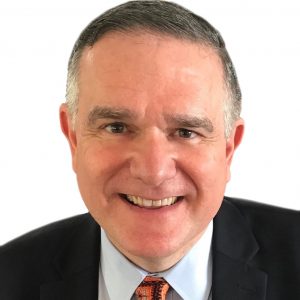 Ed Lenci is a partner at Hinshaw & Culbertson LLP, a U.S. law firm with a global insurance services practice, and Ed chairs its reinsurance practice. He also represents parties in commercial arbitrations and litigations and defends businesses sued in class action lawsuits. He is an arbitrator and also Chair of the New York State Bar Association’s International Section.

Ed Lenci litigates and arbitrates business disputes, including reinsurance disputes, and defends businesses sued in class action lawsuits. He has considerable appellate experience, too; and a number of his appellate victories involve arbitration, including a class action defense victory in the U.S. Supreme Court, which enforced the class action waiver in a student loan's arbitral provisions. Drawing on his extensive experience with domestic and international arbitration, he drafts arbitral provisions tailored to the unique needs of each client, and he co-authored the ARIAS-U.S. International Arbitration Form.

Given his extensive knowledge and background, Ed is often sought by national media outlets for comment and insights. Forbes, American Banker, Law360, and the New York Law Journal are among the publications that have quoted Ed on a range of topics, including international arbitration, class actions and class action waivers, reinsurance disputes, sovereign immunity, the Consumer Financial Protection Bureau (CFPB), and diversity, equity, and inclusion in ADR. He has spoken around the world and written on the same topics. He was interviewed in 2017 on RTÉ, Ireland's national radio and television broadcaster, about legal opportunities in Ireland after Brexit.

Ed serves as the Chair of the Reinsurance Section of the firm's global Insurance Services Practice Group. Prior to joining Hinshaw, Ed had his own firm, Wilker & Lenci, LLP, a highly-regarded New York City boutique firm that focused on reinsurance disputes and international arbitration. Before that, he was a partner in the New York office of a large, international law firm. Ed began his legal career at "Big Four" Mori, Hamada & Matsumoto (then Hamada & Matsumoto) in Tokyo after his first year at Columbia University School of Law, from which he graduated in 1990 with honors.

Ed recently became an arbitrator and brings to that new role over three decades' experience as an advocate in many arbitrations and the judicial proceedings that often follow. Additionally, he served three terms (2017 – 2019) on the Editorial Advisory Board of Law360 International Arbitration and was a charter member of the Editorial Board of Reinsurance & Arbitration (HarrisMartin). He is co-chair of ARIAS-U.S.'s International Committee, a member of the Chartered Institute of Arbitrators, and a founding member of the New York Branch of Arbitration Ireland.