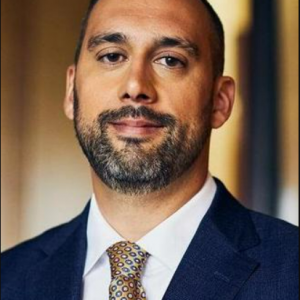 Eric Bédard is a Partner of the firm with a practice focusing on all aspects of dispute resolution. Acting mainly as a litigator in civil, commercial, and administrative matters, he excels in dealing with complex matters that jeopardize the continuity of a business or professional practice. He has appeared before the Quebec courts of first instance and appeal, as well as numerous administrative tribunals. In this capacity, he represents private and public businesses in commercial and corporate disputes, disputes regarding financial services, and disputes involving mining and gas companies. He is often called upon to advise senior employees or employers on all aspects of employment termination. His mandates have allowed Eric to get a good grasp on the decision-making processes of federal, provincial and municipal governments, and on negotiating with them to de-escalate contentious situations.

His expertise also extends to domestic and international arbitration, including the homologation, annulment or enforcement of awards, and to disputes raising issues of arbitral jurisdiction. He was notably part of the Trade Law Bureau's team defending Canada's interests against an investor's recourse under NAFTA Chapter XI in Lone Pine v. Canada, and served as assistant to an arbitral tribunal hearing an investor-State dispute under the auspices of the Permanent Court of Arbitration. An active member of the Canadian and international arbitration community, in 2021, he became the only lawyer from Quebec to join Arbitration Place’s new NextGen Roster of arbitrators and arbitration lawyers, a roster of highly skilled litigator, which aims to broaden the pool of arbitrators and the size of disputes that can go to arbitration cost-effectively.