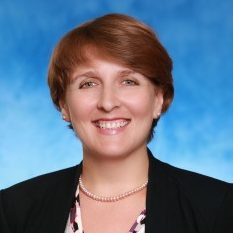 Erin Archerd joined the Detroit Mercy Law faculty in Fall 2015. Prior to becoming a professor, she was an associate in the San Francisco office of Covington & Burling LLP, where she focused on corporate transactions, primarily in the information technology and biotechnology sectors, as well as preparing an amicus brief for the Supreme Court on language education policy. Professor Archerd also served as program coordinator at Humanities for Everybody in Kalamazoo before relocating to Columbus, Ohio to become the Langdon Fellow in Dispute Resolution at The Ohio State University Moritz College of Law.

Professor Archerd is the caretaker a historic home in Detroit and her rambunctious twin daughters.