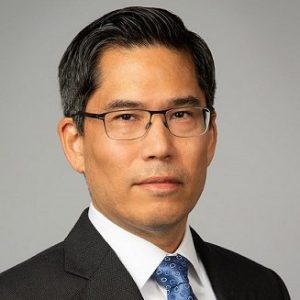 iro Aragaki joined the UC Hastings faculty in 2022 as a Professor of Law and Director of the Center for Negotiation and Dispute Resolution. His scholarly interests cluster around the intersection of contract and procedure, and his work on ADR has been published in top U.S. law journals, such as the N.Y.U. Law Review, the University of Pennsylvania Law Review, and the Yale Law Journal Online. It has also won prestigious accolades, including being selected for the Stanford/Yale Junior Faculty Forum (2011), Honorable Mention in the AALS Scholarly Papers Competition (2013), and being selected for presentation at the Branstetter New Voices Workshop at Vanderbilt Law School (2014).

Professor Aragaki has written extensively on federal arbitration law and is currently engaged in a number of long-term projects looking at mediation from comparative, development, and empirical perspectives. He has frequently been called upon to train judges and lawyers in ADR and consult on ADR reform projects around the world, most recently as an Advisor to the Expert Committee on Mediation, Supreme Court of India, and as an advisor to the judiciary of Kazakhstan on arbitration law reforms.

Before coming to Hastings, Professor Aragaki was a Professor of Law at Loyola Law School in Los Angeles. Prior to that, he was an Assistant Professor of Law & Ethics at Fordham University Graduate School of Business Administration in New York, where he taught courses on business law. Before teaching in higher education, he practiced law at global law firms and clerked for the Hon. Fern M. Smith, U.S. District Court (N.D. Cal.).