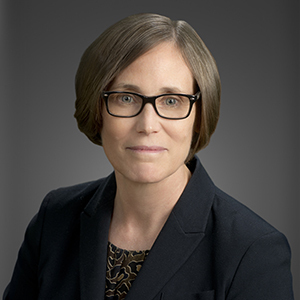 Janet Walker is an independent arbitrator with chambers at Toronto Arbitration Chambers, Int- Arb Arbitrators in London, and Sydney Arbitration Chambers. She has served in commercial and treaty investment arbitrations as sole, presiding, and co-arbitrator in ICC, ICDR, DIAC, HKIAC, PCA, SIAC administered, and in ad hoc arbitrations in a variety of seats. Her matters have covered a range of industries including construction, heavy equipment, M&A, shareholder, distribution, intellectual property, environmental, finance and employment.

Janet is the Chair of ICC Canada and a member of Toronto Commercial Arbitration Society (formerly Arbitration Roundtable of Toronto; and of the CIArb Canada Board. She has been recognized regularly in legal directories for her skill as an arbitrator since 2010, including in Who’s Who Legal Canada, Who’s Who Arbitration Thought Leaders, Chambers & Partners and Best Lawyers. She was the 2018 recipient of the CIArb Canada Award for Distinguished Service.

Janet was a member of the ICCA2018 Sydney Executive Organizing Committee; a co-chair of the ILA2006 Toronto 72ndBiennial Conference; and a co-chair of the IAPL2009 Toronto Conference. In 2019, Janet gave the annual Jean-Gabriel Castel Lecture on “International Commercial Arbitration in an Era of Transparency.” She is founding co-chair ofCanArbWeek.

Janet is professor of law and past associate dean of Osgoode Hall Law School, York University. In 2020, Janet received the title of Distinguished Research Professor from York University for her commitment to excellence, and international leadership in the fields of private international law, procedural law, comparative law and international commercial arbitration. Janet authors the main private international law text in Canada, which, during her authorship has become the most cited private law work in Canadian courts, relied on in more than 400 decisions, including 80 appellate decisions and 15 Supreme Court of Canada decisions.