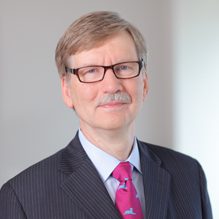 John Lewis concentrates his practice on the resolution of complex employment, labor and regulatory disputes, including the defense and oversight of class action litigation. The majority of John's time is devoted to litigation, appellate practice and alternative dispute resolution procedures involving federal and state anti-discrimination, wage and hour and fair housing laws, the Railway Labor Act, the Civil Rights Acts, the Federal Reserve Act, the Federal Railroad Safety Act and the Employee Retirement Income Security Act, as well as wrongful discharge, trade secret, non-competition and work-related tort claims. He has participated in more than 90 cases before federal and state appellate courts, including filing amicus briefs before the U.S. Supreme Court. Highly regarded in his field, John is an elected member of the American Law Institute and a Fellow of the College of Labor & Employment Lawyers. He is listed in Chambers USA, The Best Lawyers in America©, Who's Who in America, and Who's Who in American Law, and was named one of the "Nation's Most Powerful Attorneys – Top 100" by Human Resource Executive magazine. John regularly contributes to BakerHostetler's Employment Class Action blog and is a frequent speaker and author on employment, anti-discrimination, arbitration, preemption, defamation, and class action law topics. He is also the author of the Employment Practice Self-Assessment Guide, Fifth Edition, published by Aegis Insurance Services Inc.