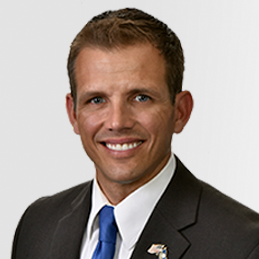 John A. ("Drew") Schaffer is an associate in the Orange County, California office of Jackson Lewis P.C. His practice focuses on representing employers in workplace law matters, including pre-litigation claims and litigation through trial, as well as preventative advice and counseling.

Before joining Jackson Lewis, Drew handled employment law matters throughout all stages of litigation for another large firm focused solely on employment law. At that firm, Drew worked closely with clients to settle many matters in the client’s favor, and was successful with getting a matter dismissed in its entirety in United States District Court through a Motion for Summary Judgment. Prior to that, Drew worked for a boutique trial firm in Irvine where he handled general liability matters to include personal injury, municipal law, insurance defense, and employment law. At that firm he handled all aspects of litigation. There, among other successes, he received a dismissal of all claims in two cases through the filing of demurrers. He was also successful in convincing a plaintiff to drop a matter after drafting and serving a section 128.7 motion identifying to the plaintiff that his lawsuit was frivolous.

After graduating from law school, Drew was sworn in as a Navy judge advocate (JAG). As a JAG, Drew served as in-house counsel for numerous military bases to include a remote base in Djibouti, Africa advising senior military commanders on a wide range of legal issues. He also litigated cases as both a federal prosecutor and Defense Counsel trying several cases to verdict and reaching favorable results for his clients and the United States Government. These cases included rape/sexual assault, drug possession and distribution, child sex abuse, child pornography, and domestic abuse. In addition to his litigation experience, while in the JAG Corps Drew practiced in a wide variety of legal fields to include victims' rights, employment, ethics, contracts, wills and trusts, and family law. Drew has received extensive training in jury trials including courses in Advanced Trial Advocacy, Litigating Complex Cases, and Advanced Courtroom Communications.

Prior to law school, Drew was an Army infantry officer and airborne ranger leading troops in combat both in Iraq and Afghanistan, where he earned two Bronze Star Medals among various other awards. Drew took his LSAT and completed his law school applications from Afghanistan. Drew is currently a lieutenant commander in the U.S. Navy Reserves where he continues to serve his country as a Reserve JAG. He routinely presents at Deployment Readiness Training (DRT) events for Reservists, explaining the ramifications of USERRA, SCRA, and other laws affecting deploying/deployed service members and their families.