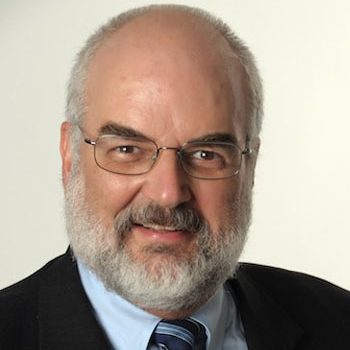 Karl grew up in small East Texas towns with two sisters, a father who was a Methodist minister, and a mother who was a teacher. Karl graduated from Rice University in Houston with a B.A. in electrical engineering in 1971 and went on to the Massachusetts Institute of Technology, where he earned an M.S. in biomedical engineering in 1973. His masters thesis focused on the organization of nerve fibers in the brains of turtles. He spent some time designing radar tracking systems, and routing school buses, and then attended law school at the University of Texas in Austin while he worked full-time for Don Adams in the Texas Senate. After completing law school at UT Austin, Karl worked for several law firms doing litigation and transactional work on both sides of the docket. Then he moved to Washington, DC, to be Congressman Kent Hance's legislative director. He litigated pesticide and toxic waste cases for the Environmental Protection Agency in Washington and then returned to Austin to work for a big firm in their environmental law section. He started his own litigation practice in 1982, specializing in plaintiff's personal injury. In 1989, after he lost a Supreme Court race and was deciding what direction to take, Karl got a call from a district judge who asked him to mediate an emotionally charged dispute. He had no experience, no training, and didn't know you could charge for mediation, but the experience drew him further into mediation, while he maintained a gradually decreasing litigation docket. Karl has been a participant in virtually every type of dispute known to mankind. You can find a list of the types of cases he's knowledgeable about and experienced with here. Many clients come to Karl because his real-live-lawyer experience lives right alongside his commitment to helping people resolve disputes without the expense and uncertainty of turning their decision-making over to a judge and a jury. He has a reputation for expressing strong opinions during mediations. Karl values everyone's right to a jury trial and knows some cases actually should be tried. But, from experience, he has learned that most cases can be resolved in a wiser and more efficient manner through appropriate methods of dispute resolution outside courtrooms. He fills a unique niche across the nation as a Mediator, Arbitrator & Court Master whose total life experience makes it easy for attorneys on all sides of all kinds of disputes to request his help. Karl continues to expand his practice into more decision-making roles. He is often asked to serve as a Special Master in federal and state district courts in Texas. This service is often in the capacity of a Markman Master in patent infringement cases but he also assists judges and litigants as they wade through discovery and other pretrial procedural disputes in all types of complex litigation. Writing and Speaking He continues to write and blog on ADR topics and has spoken extensively on a wide range of legal topics at CLE programs for the State Bar of Texas and every law school in Texas. He has been a guest lecturer at the University of Monterrey Law School and Annahuac Law School in Mexico City on cross-cultural opportunities for Mexican attorneys preparing to deal with US pre-trial discovery practices, jury trials, and alternative dispute resolution processes. Awards Karl is a fellow at the Center for Public Policy Dispute Resolution. He received the 1998 Community Peacemaker Award from the Travis County Dispute Resolution Center in Austin, Texas. In the early 1990s, the Austin Chamber of Commerce awarded him for training a hundred 5th, 6th, 7th, and 8th grade students to peer mediate their own disputes.