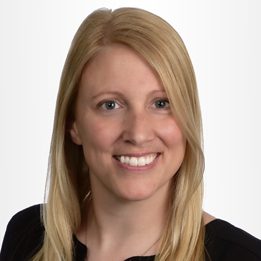 Marla N. Presley is the office managing principal and the litigation manager for the Pittsburgh office Jackson Lewis P.C. Her practice focuses exclusively on the representation of employers in wage and hour disputes, class and collective actions, and claims of discrimination under Title VII, the Age Discrimination in Employment Act, the Americans with Disabilities Act and various state tort theories. She also appears regularly before administrative judges and agencies.

Marla has successfully tried cases before juries and judges in state and federal courts and has prevailed in appeals before the Third Circuit Court of Appeals, the West Virginia Supreme Court, and numerous appellate courts in Pennsylvania.

Marla also provides ongoing legal support and counsel on a daily basis for a multitude of clients, including those in the retail, restaurant and service industries. This includes reviewing and revising employee policies, reviewing and counseling management on termination decisions, and performing complex human resource and wage audits. In addition, she is experienced in drafting various employment agreements including non-competes. Marla routinely provides training to managers and supervisors in all areas of employment law, including supervisory training, sexual harassment prevention, investigation and disciplinary procedures, and leave management.

A significant portion of Marla’s practice is dedicated to the representation of institutions of higher education. In this role, she regularly provides advice and counsel on Title IX and Clery Act issues, student and faculty claims, constitutional and state statutory issues, and wage and hour matters. Marla frequently conducts third-party investigations and advises universities on Title IX compliance. She has developed Title IX/Sexual Violence policies and standard operating procedures and provides training to Responsible Persons, Investigators, and Hearing Panels.

During law school, Marla was the recipient of the Lynette Norton Award for excellence in trial advocacy.