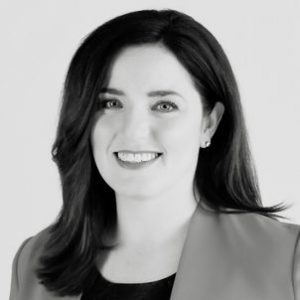 Myriam joined Savoie Laporte as a partner in 2021 after practising for 14 years in major Canadian business law firms. She specializes in investment treaty arbitration and international commercial arbitration, with a particular focus on disputes arising from the mining, electricity (including renewable energy), oil & gas and transportation sectors. She has experience with disputes involving projects all over the world, with a particular emphasis on Latin America. She also appears before Canadian courts in proceedings to set aside or enforce foreign arbitral awards.

Myriam is based in Toronto, Canada, a global center for the mining industry. Throughout her career, she has worked on cases involving mining projects at all phases of their life cycle, from early-stage exploration to development-stage projects to operating mines, in jurisdictions as varied as Ecuador, Mexico, Costa Rica, Côte d’Ivoire, Madagascar and the Kyrgyz Republic. She has extensive experience helping clients navigate the wide variety of roadblocks that can stall or stop a mining project over the course of its life, and in fearlessly advocating on clients’ behalf in an investment treaty arbitration or other dispute resolution forum when those roadblocks cannot be overcome.

Myriam is ranked as a “Future Leader” by the global publication “Who’s Who Legal: Arbitration” (which states that she is “truly excellent” and has “a remarkable reputation for her work on large, complex international arbitration proceedings”) and “Up and Coming” by Chambers Canada: Dispute Resolution (which states that she is “extremely bright and dynamic” and “attracts praise for her ability to understand and manage very complicated situations”). She works in English, French, Spanish, Portuguese and Italian.

In addition to her counsel practice, Myriam sits as an arbitrator and is part of Arbitration Place’s NextGen roster of arbitrators. She has been appointed arbitrator by the International Court of Arbitration of the ICC. She is the Vice-Chair of the ICC Canada Arbitration Committee, Canada’s Representative on the Institute for Transnational Arbitration’s Americas Initiative, the Regional Editor for common law jurisdictions of the Delos Guide to Arbitration Places and a frequent guest lecturer on investment treaty arbitration at Osgoode Hall Law School and McGill University. She is also coaching Osgoode’s first-ever moot team to compete in a Spanish-language moot competition.