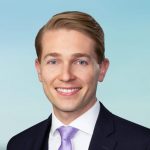 Pietro Grassi is an associate based in the London office of Morrison & Foerster and is a member of the Litigation Group. He specializes in public international law, international dispute resolution, and global investigations. Pietro advises on matters of public international law, international dispute resolution, and global investigations. In addition to his work with corporate clients, he is often engaged in pro bono litigation involving human rights issues. Pietro has represented individuals, States, and global corporations on matters of public international law, and in investment treaty and international commercial arbitrations under major arbitration rules (e.g., ICSID, UNCITRAL, ICC, LCIA, and SCC). He has also advised a range of organisations on internal corporate investigations and during prosecution by the Department of Justice of the United States (DOJ). Before entering private practice, he worked at the European Union Delegation to the Organization for Security and Co-operation in Europe (OSCE) and at the Special Tribunal for Lebanon (STL). Pietro received his LL.B. (Hons) from the Federal University of Minas Gerais. He earned a scholarship from the Italian Ministry of Foreign Affairs to complete part of his LL.B. at the University of Bologna. Pietro also holds a Certificate from The Hague Academy of International Law and an LL.M. from the London School of Economics and Political Science. Pietro is admitted to practice in Brazil and Portugal and is registered as a European lawyer with the Solicitors Regulation Authority (SRA) in England and Wales. He is fluent in Portuguese and Italian and speaks Spanish.