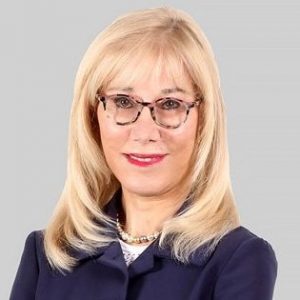 Ranked by Chambers USA as a leader in construction law for 12 consecutive years, Sarah represents owners, contractors, developers, architects and engineers, both in the United States and abroad, in all stages of the construction process.

Internationally, she represents one of the joint venture partners who constructed the expansion of the Panama Canal, and the EPC contractor who designed and constructed a 220-megawatt hydroelectric plant in Changuinola, Panama. Sarah, who also co-chairs the firm’s Israel Practice Group, represented Technion-Israel Institute of Technology in connection with the Technion-Cornell joint venture, in the construction of a new applied science university and related facilities on Roosevelt Island that is expected to be the largest development of the decade in New York City. She was involved in the construction of InterActive Corporation’s futuristic headquarters and AOL’s headquarters, including the CNN newsroom, in the Time Warner building.

Sarah has also been involved in the construction of industrial smelters, waste ammonia recovery systems, solar power installations, museums, educational institutions, health care facilities, and other commercial and infrastructure projects. She is currently defending a European construction company in connection with Defense Base Act claims arising out of the 1968 crash of a B-52 bomber carrying four nuclear warheads at an airbase in Thule, Greenland.