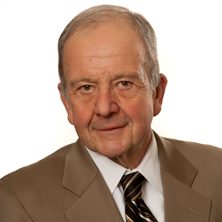 Terry Moritz is a lawyer and arbitrator with extensive experience in resolving complex commercial disputes .  Mr. Moritz received his B.A.from Loyola University in Chicago and his J.D. from Loyola’s School of Law in 1970. Following a 2-year clerkship in the Federal District Court in Chicago he joined Isham, Lincoln and Beale as an associate and became a partner in 1979. In 1981 he joined a small, recently formed firm, Goldberg, Kohn Bell,Black,Rosenbloom & Moritz. He and his colleagues built Goldberg Kohn into a highly regarded mid-sized Chicago firm numbering approximately 130 lawyers . At Goldberg, Kohn he had significant firmwide management responsibilities and chaired the firm’s litigation practice for 25 years. In 2014 he formed his current firm, Moritz Law, where he focuses on dispute resolution.

Mr. Moritz is an active commercial arbitrator and on numerous panels of multiple arbitral institutions. He is an adjunct professor at Loyola University’s Corboy School of Law. He is a Fellow of the Chartered Institute of Arbitrators. He has participated in approximately 100 arbitrations as sole arbitrator, panel chair or wing arbitrator and has conducted both administered and ad hoc a proceedings and virtual arbitration proceedings.

As an advocate Mr. Moritz has served as a Special Assistant Attorney General for the States of Minnesota and Illinois representing Illinois before the United States Supreme Court. As a Special Assistant Attorney General he represented a Justice of the  Illinois Supreme Court in  a dispute raising  Constitutional Separation of Powers issues. He served as Special Litigation Counsel to the Illinois Regional Transportation Authority and the Chicago Transit Authority. Throughout his career he has represented major financial, energy, transportation, and construction companies  in complex litigation.

Mr. Moritz resides in Chicago with his wife of 55 years. He is active in numerous charitable organizations as well as various ADR organizations. He is an avid bike rider and both he and his wife are knowledgeable collector of contemporary art. Mr. Moritz is an avid reader and enjoys  both histories and novels