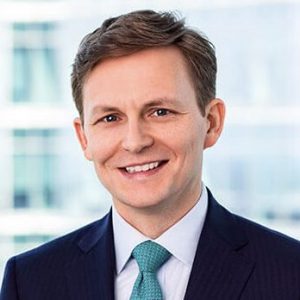 Travis represents plaintiffs in class and mass actions and other complex litigation matters throughout the United States. He is involved in all of the firm’s litigation matters, from product-liability MDLs to consumer-fraud arbitrations to antitrust class actions. And he plays a role throughout the life cycle of cases, from pre-litigation strategy through appellate briefing and argument, with a particular expertise in settlement structuring and negotiation.

Keller Lenkner’s clients benefit from Travis’s previous experience as a litigator at an AmLaw 25 law firm, a legal entrepreneur and investment manager, in-house counsel at a Fortune 50 company, and a law clerk at the Supreme Court of the United States.

Travis is a frequent speaker at legal seminars across the country and is featured in the media as an expert on the Supreme Court, complex litigation, and the economics of the legal industry. He has appeared on CNN, Fox News, CNBC, PBS, Bloomberg TV and Radio, Fox Business, and Chicago’s WTTW, as well as in the pages of the Wall Street Journal, New York Times, Forbes, Time Magazine, Chicago Tribune, American Lawyer, Law360, Politico, National Law Journal, and Crain’s Chicago, among others.

Travis is listed on Lawdragon’s 500 Leading Lawyers in America and the National Trial Lawyers’ Top 100. He is also a member of the Board of Advisors of the Institute of Judicial Administration at New York University School of Law.

Travis and two of his partners at Keller Lenkner previously led the litigation finance firm Gerchen Keller Capital, which grew to more than $1.3 billion in assets under management before it was acquired by Burford Capital in 2016. Prior to helping launch Gerchen Keller, Travis was a Senior Counsel at The Boeing Company, where he represented the company in litigation matters and advised senior executives on significant regulatory issues.

Travis also was a litigation and appellate attorney in the New York and Washington, D.C. offices of Gibson, Dunn & Crutcher LLP, where he represented clients in complex civil and criminal disputes before the Supreme Court and other tribunals.

Travis served as a law clerk for Justice Anthony M. Kennedy at the Supreme Court of the United States and for Justice Brett M. Kavanaugh when he was a judge on the U.S. Court of Appeals for the D.C. Circuit. Travis earned his law degree from the University of Kansas School of Law, where he was Editor-in-Chief of the Kansas Law Review, and his undergraduate degree in journalism from Kansas State University.