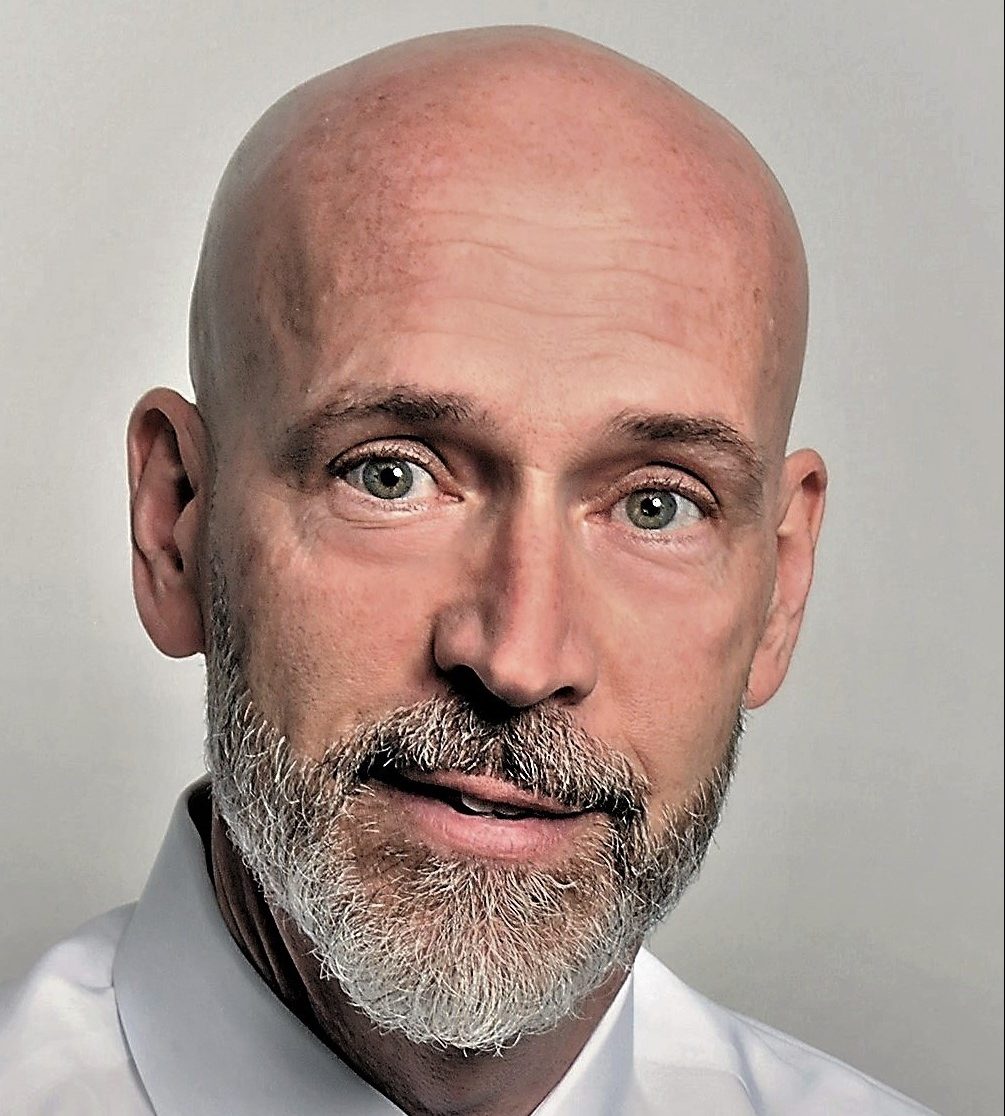 In lululemon athletica canada inc. v. Industrial Color Productions Inc., 2021 BCSC 15, Mr. Justice Gordon S. Funt determined that a standard of reasonableness applied to the court’s review of jurisdictional challenges in consensual arbitration.  He distinguished Mexico v. Cargill, Incorporated, 2011 ONCA 622, stating that “[a] dispute involving two commercial parties over the termination of a private contract is, without more, foundationally different than a claim for damages against a country under NAFTA engaging international multilateral trade agreement or treaty interpretation principles”.  Also, Funt J. dismissed the requirement for a more express or “paint by numbers” treatment of a party’s jurisdictional argument, stating that “the parties’ expectations as to the completeness of the arbitrator’s reasons is less than those of parties engaged in commercial litigation before a judge”.

Applicant and Respondent entered into a services agreement dated August 14, 2017 (“Services Agreement”) pursuant to which Respondent would provide production services for Applicant’s global e-commerce platform in exchange for fixed monthly payments.  The parties agreed that Respondent’s services and Applicants’ payment obligations would be set out in a series of statements of work (“SOW”).  By signature of the Services Agreement, Applicant and Respondent further agreed to submit disputes arising under it to arbitration administered by the International Centre for Dispute Resolution (“ICDR”) in accordance with the ICDR’s International Arbitration Rules.

The parties disputed the services provided and payments owing under a third SOW which included provisions for termination and a notice period in which to do so. Under the third SOW, the Applicant undertook to pay Respondent $440,000.00 each month of the term which ran between February 1, 2019, and July 31, 2019.

Respondent initiated arbitration on October 8, 2019, claiming a declaration that the Termination Notice was improper and seeking damages “in an amount not less than the Contractual Minimum due to [Respondent] up to and including October 14, 2019”.  Applicant defended.  See paras 10 and 11 for key excerpts of each party’s pleading before the arbitrator.

The applicant filed an application to challenge the Award but only in regard to the second amount. It submitted that the grant of $1,081,967.00 should be set aside under Article 34(1)(2)(a)(iv) of the International Commercial Arbitration Act, RSBC 1996, c 233 (“ICAA”) because it dealt with a dispute not contemplated by or not falling within the terms of the submission to arbitration or contained decisions on matters beyond the scope of the submission to arbitration.

Funt J. disagreed and identified a series of sources from which he concluded that a standard of reasonableness applied.

Second, he referred back to Quintette Coal Ltd. v. Nippon Steel Corporation, 1991 CanLII 5708 (BC CA), emphasizing the following statement made by the Court of Appeal at the close of para. 32 in the Court of Appeal’s declared first treatment of the ICAA by the B.C. courts. “It is meet [sic] therefore, as a matter of policy, to adopt a standard which seeks to preserve the autonomy of the forum selected by the parties and to minimize judicial intervention when reviewing international commercial arbitral awards in British Columbia. That is the standard to be followed in this case”.  Funt J. interpreted this to support the view that a standard of reasonableness rather than correctness best served the policy mentioned by the Court of Appeal in its reasons.

Third, he next referred to both Canada (Minister of Citizenship and Immigration) v. Vavilov, 2019 SCC 65 and to Sattva Capital Corp. v. Creston Moly Corp., 2014 SCC 53 (CanLII), [2014] 2 SCR 633.  He referred to the former as the standard for judicial review of a statutory tribunal and the latter for its general framework for domestic commercial arbitration.  Having done so, and without affirming that either applied to consensual international commercial arbitration, he observed only that the standard of reasonableness in the case before him “aligns with the general framework” set out in each Supreme Court decision for its respective area of dispute resolution.

Fourth, he distinguished Mexico v. Cargill.  Unlike the case before him which concerned a “private contract”, Funt J. observed that Mexico v. Cargill addressed questions of law involving the interpretation of provisions of the North American Free Trade Agreement between the Government of Canada, the Government of the United Mexican States and the Government of the United States of America (“NAFTA”).  In doing so, Funt J. made the following statement as part of his reasons to justify applying a standard of reasonableness in jurisdictional challenges for consensual arbitration rather than a standard of correctness.

“A dispute involving two commercial parties over the termination of a private contract is, without more, foundationally different than a claim for damages against a country under NAFTA engaging international multilateral trade agreement or treaty interpretation principles”.

Further on in his reasons at para. 27 Funt J. added further comment along the same lines. “A case involving international multilateral trade agreement or treaty interpretation principles may be an exception. In any event, that is not the nature of the matter at bar”.

Fourth, citing Gary B. Born, International Commercial Arbitration, 3rd ed. (Alphen aan den Rijn, The Netherlands: Kluwer Law International B.V., 2020) at 1198, Funt J. next referred to the lack of a common international approach which “has yet to develop with respect to the standard of judicial review of jurisdictional rulings by arbitral tribunals under the UNCITRAL Model Law”.

He, therefore, concluded that a standard of reasonableness applied because, reiterating the excerpt from Quintette Coal Ltd. v. Nippon Steel Corporation, doing so would “generally serve” to “preserve the autonomy of the forum selected by the parties and to minimize judicial intervention”.

Scope of authority – At paras 31-37 Funt J. then set about “Interpreting” Respondent’s pleadings and at paras 38-45 next explored how those pleadings, including Applicant’s own responses, set out the arbitrator’s “Scope of Authority”.

Applicant argued that the Award did not expressly address its argument that Respondent’s claim for post-termination notice payments “was not properly pleaded and should be dismissed”.

In addition to excerpting passages from the parties’ pleadings and annexing the Award to his reasons, Funt J. held that the drafting requirements sought by Applicant were not consistent with competence-competence.

“[43] The Award Reasons do not specifically address lululemon’s scope of authority argument. That said, the arbitrator could not have made his award without considering whether he had the necessary authority after lululemon raised the issue in its closing written submissions. While under s. 31(1) of the ICA Act the “arbitral award must state the reasons on which it is based”, I do not see such as requiring the arbitrator to, so to speak, paint by numbers, especially having regard to the Kompetenz-Kompetenz principle”.

He buttressed this observation with his excerpt from section 30(1) of the ICAA which required that the arbitrator “shall make every effort to deliberate and prepare the award as quickly as possible after the hearing” and that the “final award shall be made no later than 60 days from the date of the closing of the hearing”.

Funt J. closed with a further distinction between expectations created by engaging in arbitration as opposed to litigation.  He also held that Applicant could “deduce” the dismissal of its argument and Funt J. referred to the para. 3 of the Award annexed to his own decision.

“[45] In the context of a private arbitration where the parties have agreed to the rules, the parties’ expectations as to the completeness of the arbitrator’s reasons is less than those of parties engaged in commercial litigation before a judge. In the case at bar, lululemon could readily deduce that the arbitrator rejected its pleadings argument based on the arbitrator’s reading of the pleadings: see, e.g., the Award Reasons at para. 3”.

Intervention is limited – Funt J. declined to assume the role of determining whether the arbitrator was “correct or not”, reasserting that the standard of reasonableness applied.

“[46] In sum, it is not the role of this Court to find whether the arbitrator was correct or not in finding he had the authority to make the award. The Court’s role is to be satisfied that such a finding was a reasonable one. On a review of the pleadings, I find that the arbitrator’s finding was a reasonable one among other possible reasonable ones. The pleadings can be said to engage the question of notice and the consequences of terminating the subject SOW using lululemon’s notice of termination”.

Waiver of section 34(2)a(iv) – Funt J. closed his reasons addressing an argument made by Respondent.  He determined that parties cannot waive the statutory right to apply to set aside an arbitral award, referring to Popack v. Lipszyc, 2015 ONSC 3460 aff’d 2016 ONCA 135, paras 44-47.

urbitral notes – First, for “ease of reference” Funt J. annexed the Award to his reasons.  Doing so is an uncommon measure but, in the circumstances, allowed readers to better track the references to the Award made by Funt J. in his reasons at, for example, para. 45. Annexing the Award permits readers to observe that the Award was not just reasonable on the issue of jurisdiction but correct.

Second, for a different approach to use of the contents of an award before the courts, see the earlier Arbitration Matters note “Judicial protection of parties’ confidentiality promotes public interest in arbitration” regarding 79411 USA Inc. v. Mondofix Inc., 2020 QCCS 1104.  In homologating an award issuing from a consensual, administered arbitration, Madam Justice Marie-Anne Paquette in ordered that the award be kept confidential because (i) doing so encourages the use of arbitration as a dispute resolution mechanism and (ii) the public interest favors confidentiality orders to promote arbitrations and protect the expectations of the parties to the arbitration.

Paquette J. also held that the burden rests on the party seeking the disclosure of otherwise confidential information to demonstrate that the good effects of disclosure outweigh the bad effects of infringing on the confidentiality expectations of parties to an arbitration.  Her approach emphasizes the public interest in arbitration and does not rely merely on the private interests peculiar to the parties.

Similar to Funt J.’s approach, the Court of Appeal examined the allegations made the relief or remedies sought.

Fifth, Sattva Capital Corp. v. Creston Moly Corp. involved an appeal that did not involve jurisdiction but the interpretation of an agreement. The Supreme Court at para. 106 drew limits to court intervention which, in that case, involved an appeal under section 31 of the now-repealed Arbitration Act, RSBC 1996, c 55 (now replaced as of September 1, 2020 with Arbitration Act, SBC 2020, c 2). “In the context of commercial arbitration, where appeals are restricted to questions of law, the standard of review will be reasonableness unless the question is one that would attract the correctness standard, such as constitutional questions or questions of law of central importance to the legal system as a whole and outside the adjudicator’s expertise (Alberta Teachers’ Association, at para. 30). The question at issue here, whether the arbitrator interpreted the Agreement as a whole, does not fall into one of those categories”.

Daniel Urbas is an experienced litigator, arbitrator and mediator with over 25 years of dispute resolution experience. He has earned a variety of repeat, annual peer recognitions including “Leading Lawyer” in “Commercial Arbitration” in the 2019 edition of the Lexpert ® / American Lawyer Guide to the Leading 500 Lawyers…

In this episode of the Arbitration Conversation, Amy interviews Peter Merrill, President, and CEO of Construction Dispute Resolution Services, a leading provider of arbitration and mediation services in the construction...

In this episode of the Arbitration Conversation Amy interviews Stephen J. Ware, the Frank Edwards Tyler Distinguished Professor of Law at the Kansas University School of Law. https://youtu.be/efCM0NMkpYc

The Supreme Court issued an order earlier today in the Henry Schein v. Archer & White arbitrability case, dismissing the writ of certiorari as improvidently granted (“DIG”). In this case,...