Canada – Under New B.C. Act, Third Party May Apply to Arbitrator OR Court to Set Aside Subpoena Issued by Arbitrator 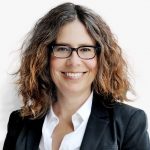 This article first appeared on the Arbitration Matters blog, here.

In Terrace Community Forest LLP v Skeena Sawmills Ltd., 2021 BCSC 1522, Justice Milman dismissed an application brought by the petitioner, Terrace Community Forest LLP (TCF), for an order under s. 29(4) of the new British Columbia Arbitration Act, S.B.C 2020, c. 2, to set aside a subpoena requested by the respondent, Skeena, and issued by the arbitrator. The subpoena required TCF to produce documents in an ongoing arbitration under the Act. TCF was not a party to the arbitration, but was a third party and was alleged to have documents that were relevant to the arbitration. Justice Milman’s decision turned on the meaning of the word “or” in s. 29(4), which provides that a subpoena issued to a third party may be set aside on application by the person named in the subpoena to the arbitral tribunal “or” the Supreme Court. Justice Milman held that the word “or” in this context was to be read exclusively, rather than inclusively, because: (a) by its plain meaning, s. 29(4) contemplates an application by the third party in the first instance to either the arbitrator or the court, but not both, and the Legislature could not have intended that a third party could make sequential applications to set aside the same subpoena if dissatisfied with the first answer it received (b) there is no provision in the Act for the third party to bring an appeal or seek a review of an arbitrator’s decision under s. 29(4) and (c) s. 4 of the Act precludes any review of an arbitrator’s order by the court except as provided in the Act.

Section 29 is entitled “Production and evidence from non-parties”. It reads (in part) as follows:

(a) issue a subpoena to a person in British Columbia requiring the person to give evidence or produce for inspection records in the person’s possession or control, or …

(2) A subpoena under subsection (1)(a) must set out…the following, as applicable:

(a) how, where and when the person is to give evidence;

(b) the records the person is to produce;

(c) how, where and when the records are to be produced and copied;

(d) conditions for the payment of the expenses of the person named in the subpoena or request.

(3) A subpoena under subsection (1) (a) has the same effect as if it were issued in court proceedings.

(4) A subpoena under subsection (1) (a) may be set aside on application by the person named in the subpoena to the arbitral tribunal or the Supreme Court.

(10) A Supreme Court decision under this section may not be appealed.” [Emphasis added.]

At the time of the court application, third party TFC had already applied to the arbitrator under this provision. The arbitrator refused to set aside the subpoena, but varied it to accommodate TCF’s concerns about protecting the confidentiality of the information to be disclosed and limiting the use that could be made of it by the parties to the arbitration. Because TFC was not satisfied with this outcome, it applied to the court, as Justice Milman put it, “to have this court come to a different conclusion”.

Justice Milman found that he lacked jurisdiction to set aside or “modify” the subpoena. His decision turned on the meaning of the word “or” in s. 29(4). He summarized the arguments made by both TCF and Skeena on this issue as follows:

“[7] The jurisdictional issue raised here pertains to the meaning of the word “or” as it [is] used in s. 29(4). TCF argues that the word “or” should be interpreted inclusively, so that a party named in a subpoena may apply, at its discretion, to either the arbitrator or the court or both, as it has done. It cites two authorities, Rooney v. ArcelorMittal S.A., 2016 ONCA 630, and Graham v. Saskatchewan Government Insurance, 2006 SKQB 301, for the proposition that the word “or” is inherently ambiguous and should presumptively be interpreted as inclusive, or in other words, in the manner that TCF urges here.

[8] Skeena agrees that the word “or” is ambiguous, but argues that here it must be interpreted in its exclusive sense because the alternative urged by TCF does violence to the legislative scheme and the obvious intention of the Legislature.

[9] Skeena says that Rooney illustrates how the word “or” can have either an inclusive or an exclusive meaning. The word “or” appeared twice in the provision at issue in that case (namely, s. 131 of the Ontario Securities Act, R.S.O. 1990, c. s. 5.). The first instance of the word “or” allowed aggrieved security holders alleging that they entered into a securities contract founded on a misrepresentation to sue for either rescission “or” damages. The second allowed them to sue the offeror “or” a variety of other people. It was only the second instance that was held to attract an inclusive meaning. The first could only be interpreted exclusively.

[10] I agree with Skeena that the use of the word “or” in s. 29(4) of the Act is more like the latter, in the sense it must have been intended to apply exclusively.

[11] I say that because the Legislature cannot have intended that a third party in TCF’s position could make sequential applications to set aside the same subpoena if dissatisfied with the answer it received the first time round. There is no provision made in s. 29 or anywhere else in the Act for a third party in TCF’s position to bring an appeal or seek a review of an arbitrator’s decision under s. 29(4). On the contrary, s. 4 of the Act precludes any review in this court of an arbitrator’s order except as provided in the Act.

[12] I appreciate that TCF says that the Act provides for such a review in s. 29(4) itself, but that provision does not read that way. By its plain meaning, it contemplates an application in the first instance to either the arbitrator or the court at the election of the third party, but not both. There is no provision in that section for a review of the arbitrator’s decision in this court, as the Act does expressly provide elsewhere, for example in ss. 18(4) and 23(7).

[13] In the absence of any provision setting out a right of review or appeal, this court is left with the requirement in s. 29(3) that the subpoena must be treated as having been issued by the court. In these circumstances, this court cannot ignore the arbitrator’s decision or otherwise treat this application as if it were a de novo hearing, as TCF urges.

I agree with Skeena that the provision in s. 29(10) precluding any appeal from a decision of this court made under s. 29 is intended to parallel the process that is to be followed if the third party elects to proceed before the arbitrator as TCF did here. That is, having made the application and not succeeded, there is no right of appeal, regardless of whether the application was made to the arbitrator or this court.”

Justice Milman concluded that he lacked the jurisdiction to grant the relief that TCF sought and dismissed the petition.

First, the two cases, Graham v. Saskatchewan Government Insurance 2006 SKQB 301 and Rooney v ArcelorMittal S.A., 2016 ONCA 630, cited by Justice Milman, are helpful to provide context to this decision. The Rooney case explains the difference between an “or” that is inclusive (A or B or both) and one that is exclusive (A or B, but not both). It is also interesting for its brief summary of the principles of statutory interpretation and the Ontario Court of Appeal’s conclusion that the word “or” may be inclusive in one part of a provision in a statute [in this case, s. 131(1) the Ontario Securities Act, R.S.O. 1990, c. S.5] and exclusive in another part of the same provision in the statute. In the Graham case, the Court of Queen’s Bench for Saskatchewan found that “or” is inherently ambiguous but that there is a presumption that it is inclusive unless the presumption can be rebutted.

Second, the petitioner has filed a notice of appeal, which may be heard this year.

Third, for another case in which a court was asked to set aside a summons issued by an arbitrator to a third party after a challenge to the arbitrator failed, see Arbitration Matters Case Note #462, “Non-party witnesses applying to quash summonses do not attorn to jurisdiction”. In Bergmanis v Diamond, 2021 ONSC 2375, the Ontario court found that it had no jurisdiction to grant a party’s request to set aside a summons issued to a third party by the arbitrator, which the third party had challenged. Because the party’s motion to quash affected the third party which was not a party to the arbitration agreement, s. 45 of the Ontario Arbitration Act, 1991, S.O. 1991, c. 17, applied. The motion to quash was dismissed because the issue before the court was whether the summons ought to have issued, which was one of mixed fact and law and not permitted under the Act without leave.

Lisa Munro is a partner at Lerners LLP, whose practice is limited to work as an arbitrator in domestic and international commercial arbitrations (both ad hoc and under institutional rules). She brings to this role more than 25 years of experience as counsel in commercial/business litigation and both international and…

Arbitration Conversation No. 50: Chittu Nagarajan, Founder and CEO of CREKODR.com

In this special 50th episode of the Arbitration Conversation Amy interviews Chittu Nagarajan, Founder and CEO of CREKODR.com and former Co-Founder of Modria.com about development of CREK as an ODR...

While the Ninth Circuit Added Clarity in Its Recent Uber Opinion, Legislative Challenges to Mandatory Arbitration May Be Ahead

This article first appeared on the Employment Class Action Blog, here. A U.S. Court of Appeals for the Ninth Circuit panel ruled that Uber Technologies drivers don’t fall within the...

When the Apple II was released in 1977, it was among the first computers marketed and mass-produced for businesses and individuals alike. Apple would later adopt the slogan “The computer...