Delaying Enforcement of Arbitration Agreements May Lead to Undesirable Consequences 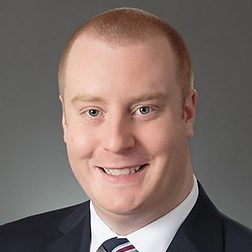 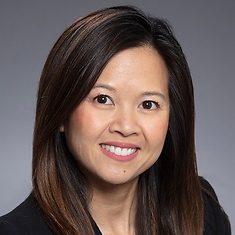 In Garcia v. Haralambos Beverage Co., the California Court of Appeal embraced the adage “time kills all deals” to conclude that an employer waived its right to arbitrate the wage-hour claims at issue in the case by, among other things, delaying two years to seek arbitration as a last resort and waiting to locate the plaintiffs’ signed arbitration agreements.  By waiving its right to arbitrate, the employer also lost its ability to strike class claims as a result.

In Garcia, two plaintiffs initiated a potential wage-hour class action against their employer in November 2016.  The employer had an arbitration policy in its handbook.  Soon after the lawsuit was filed, the employer located checklists pertaining to new-hire documents that confirmed each named plaintiff had received the arbitration policy.

The employer asserted a defense regarding arbitration in its answer and stated that it was reserving its right to arbitration in the joint status reports.  Nevertheless, over the course of the next two years, the employer litigated the case in court without seeking to arbitrate the matter.  The employer filed an answer and joint status reports and engaged in discovery, including by producing documents.  It also participated in classwide mediation and the Belaire-West opt-out notice procedure, which permits potential class members to opt-out of having their contact information provided to the plaintiff.

In June 2018, the employer located the signed arbitration agreements in the course of responding to discovery.  After locating the signed agreements, the employer made clear its intent to seek to compel arbitration in response to a request by the plaintiff for a discovery conference, but nonetheless continued to meet and confer on discovery disputes, including regarding the Belaire-West notice process.

Approximately two years after the case was filed, the employer filed a motion to compel arbitration and request for a stay in November 2018.  The trial court denied the motion, finding that the employer had waived its right to arbitration.  The employer appealed.

The Court of Appeal’s Decision

First, regarding delay, the Court held that the employer unreasonably delayed in seeking arbitration by waiting two years until it located the signed arbitration agreements.  The Court, relying on the employer’s own statements in its answer and joint status reports, noted that the employer was aware from the outset of the case that it could seek to arbitrate the claims.  The Court explained that, while the relevant Rule of Court requires that a petition to compel arbitration include the provisions of the agreement that provide for arbitration, the provisions may be “stated verbatim” and a copy of the physical agreement need not be attached.

Second, with respect to whether the employer’s actions were inconsistent with the right to arbitrate, the court held that the employer’s actions suggested that it “raised arbitration as a belated strategy, if not as a strategy of last resort.”  One significant factor was the employer’s representation that it did not intend to arbitrate in status conference statements.  The court also relied heavily on the employer’s own argument that it sought to compel individual arbitration based on the arbitration agreement but had engaged in numerous activities in court inconsistent with that.  Specifically, the employer engaged in various class mechanisms, such as classwide discovery, the Belaire-West opt-out notice process, and classwide mediation.

Finally, the Court found that the plaintiffs were prejudiced because they expended time and resources focusing on classwide issues, including incurring expert expenses, which were not necessary for their individual claims in arbitration.

The Court here did not necessarily break new ground as it pertains to the well-established arbitration waiver doctrine.  Courts routinely find waiver where there have been long delays, significant litigation in court, or where the defendant used arbitration as a strategic tool of last resort.

Nonetheless, the application of the doctrine here is relatively novel and employers should take notice.  The case demonstrates that where an employer has an arbitration policy to which the plaintiff would be subject, it should consider promptly moving to compel arbitration.  Failure to do so may result in a finding of waiver of the right to arbitration.

The harsh result in this case also offers practical lessons for employers.  It illustrates the critical importance of maintaining a well-documented onboarding process and the necessity of instituting and following strict record-keeping procedures.  Employers should consider reviewing their new-hire process and recordkeeping policies and potentially undertaking an audit of key documents.

Lowell Ritter is an associate in the Labor and Employment Practice Group in Sheppard Mullin's San Francisco office.

Lucky Meinz is a partner in the Labor and Employment Practice Group in the firm's San Francisco office. Lucky counsels employers on all aspects of employment law, including wrongful termination, retaliation, discrimination, breach of contract, non-compete, incentive compensation, and other and wage and hour matters. She regularly reviews and drafts…

Testimonials "Watch this space: Arbitrate.com built and moderated by Colin Rule and Amy Schmitz. Arbitrate.com is playing a crucial role in bringing arbitration into the 21st century. You will find...

The Limits of Consent in Multi-Party Arbitration Agreements

This article was first published on the Arbitration Matters blog, here. In Singh v Modgill, 2022 ABQB 369, Justice Feasby denied the Applicants’ application to set aside and for permission to...