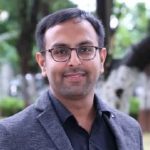 The venerable Dr. Abhishek M. Singhvi, a Distinguished Jurist, Senior Advocate at Supreme Court of India, and the Member of Parliament, India pens down a reflective forward for the inaugural issue of the journal. He writes about the trials and tribulations that often accompany an endeavor of such magnitude while offering his heartiest congratulations on the work done by the team. He goes on to reminisce about his series of attendance in an array of arbitration journals and judgements by the apex court, though this recollection has a melancholic undertone as he expresses his sorrow towards the degradation of the principal bypass to litigation. He further cites and elaborates upon, eleven reasons for the absence of a uniform arbitration ethic and culture in a hugely diverse federal Indian constitutional and judicial structure. His reasons include, but are not limited to, the role played by the Indian judiciary in contributing to the chaos and confusion in the field of arbitration, the gaping loss of time in the development of arbitration in India, owed to a significant delay in overturning the doctrine prescribed in Bhatia International v. Bulk Trading (via the case of Bharat Aluminium Co. & Ors. v. Kaiser Aluminium Technical Service Inc.). He concludes by offering the editors and the contributors his commendation, and by remembering the revered Professor Gaillard, an eminent persona in the field of arbitration who passed away in 2021.

George A. Bermann (Professor of Law and Director of the Centre for International Commercial and Investment Arbitration, Columbia Law School) authors an impassioned memorial for the exalted Emmanuel Gaillard, who was a significant contributor to the field of arbitration and a renowned and esteemed member of the international arbitration community. Prof. Bermann very accurately captures the essence of Emmanuel Gillard when he calls him a ‘complete actor in the international arbitration arena. He further pays homage to the excellent counsel, arbitrator, teacher, scholar, mentor, and civic-minded member of the community that Emmanuel Gaillard was. Prof. Bermann then goes on to accentuate the dualist nature of Emmanuel Gaillard’s career- as a lawyer and as a life-long teacher- and the notable achievements in both those spheres. He also fondly recollects his time co-authoring the UNCITRAL Guide to the New York Convention. Penultimately, he elaborates on the plethora of institutions set up by Emmanuel Gaillard, and the remarkable contributions they have made to the field of arbitration. Prof. Bermann concludes by lauding not just Emmanuel Gaillard’s acclaims, but his generosity of spirit and his capacity to inspire.

Justice Kaushal J. Thaker (Judge, High Court of Judicature at Allahabad), in his article titled ‘Reflections on the Judicial Approach in Arbitration Matters Concerning Government and Public Sector Enterprises’, presents a critical analysis on arbitration proceeding disputes centered around the government. The paper is premised on two primary legislation, namely, the Arbitration Act, 1940 and the Arbitration and Conciliation Act, 1996. The paper begins with a brief introduction on the aforementioned legislations along with a cursory glance of the obiter dicta in the case of Ramji Dayawala and Sons (P) Ltd. v. Invest Import, the primary focus of which was the doctrine of minimum judicial intervention. The paper then accentuates the role of Indian Courts in arbitration matters concerning government or public sector enterprises. This is done by examining an array of judicial decisions in eight spheres: preferential treatment to the Government under arbitration legislation, computation of the period of limitation in arbitral matters, the powers assigned to appellate courts with respect to arbitral awards, invocation of writ jurisdiction, litigations under the Arbitration and Conciliation Act, 1996, the appointment of retired employees from the Public Sector Units as arbitrators, mediation in arbitral proceedings, and an absence of litigation among the various limbs of the Government.
‘Connectivity and Decoupling: Belt and Road Dispute Resolution in a Fractures Trade Environment’ by Mark Feldman (Professor of Law, Peking University School of Transnational Law), scrutinizes the progress made by China’s Belt and Road Initiative in dispute resolution connectivity by studying it in a fractured international trade environment. He initiates a brief examination of China’s Belt and Road Initiative and highlights three key components of the regime. The author then presents information on the belt and road dispute settlement regime by dividing said dispute into categories and carefully curating data and analysis on the same. The categories that find mention in the paper are commercial arbitration, investment treaty arbitration, litigation, mediation, and one-stop commercial dispute resolution services. The author further elaborates on the multitude of opportunities in lieu of the Belt and Road Dispute Resolution Connectivity including but not limited to potential interactions with international commercial courts in Asia, the Middle East, and Europe. Another facet of the subject matter presented by the author is connectivity in a fractured trade environment, where the case study of the United States of America is taken up. The author ends the paper with concluding remarks on the dispute and opining that Belt and Road Initiative-related advances in dispute resolution connectivity occur in an increasingly fractured international trade environment, with attention focused on a potential U.S.-China decoupling.

Bhavana Sunder (Member, International Dispute Resolution Team, Nishith Desai Associates) and Kshama A. Loya (Leader, International Dispute Resolution Team, Nishith Desai Associates), in their paper titled ‘Demystifying Public Policy to Enable Enforcement of Foreign Awards- Indian Perspective’, attempt to shatter the uncertainty and unpredictability which often surround public policy, while simultaneously deducing situations in which the scope and ambit of public policy can be assertively ascertained. The authors begin by briefly examining ‘public policy’ as a ground for grant or refusal of enforcement of a foreign award in India. The authors then elaborate on the Convention on the Recognition and Enforcement of Foreign Arbitral Awards, 1958 (New York Convention) adopted and enforced by the United Nations in 1959 vis-à-vis placing emphasis on the recognition of the convention as a cornerstone of the international arbitration system and further tracing its jurisprudence. The authors then examine the adoption of the New York Convention by India by drawing parallels between the New York Convention and the Arbitration and Conciliation Act, 1996 as it stands today. The authors then construct the meaning of ‘public policy’ in the face of a gaping absence of the same in the New York Convention. This construction is premised on the basic tenets of public policy such as the judicial interpretation of public policy in India and the case of ONGC Ltd. v. Saw Pipes Ltd. The penultimate proviso presented by the authors is the key deductions on public policy under Indian Law including but not limited to the Court’s discretion in refusing enforcement, the basic notions of justice and morality, and the mistake of fact or law. The authors conclude by recognising that resistance to the enforcement of foreign awards in a country must be approached with circumspection and substantiating their stance with case laws.

The paper titled ‘Exclusive Jurisdiction & Seat of Arbitration: Examining the Indian Arbitration Landscape’, authored by Sagar Gupta (Associate, Linklaters LLP), aims to undo the erroneous interpretation of statutory provisions by the Supreme Court in Bharat Aluminium Co. v. Kaiser Aluminium Technical Services Inc. The paper attempts to clarify the ambiguity that arises from the import of the concept of arbitral seat into domestic arbitrations. The paper deals with the concepts of arbitral seat and jurisdiction under Indian arbitration law as well as the march of law post the case of Bharat Aluminium Co. v. Kaiser Aluminium Technical Services Inc. This is done by tracing the development of the rules of jurisdiction under international commercial arbitration. Further, the paper traces the use of exclusive jurisdiction clauses and their interpretation by courts in India by surveying exclusive jurisdiction clauses. The paper also examines the current state of play in relation to the jurisdiction of Indian courts post the case of Indus Mobile. Finally, the paper is concluded by suggesting relevant statutory changes and a plea for coherent judicial interpretation.

Gracious Timothy Dunna (Independent Practitioner, New Delhi) pens down the paper titled ‘To Enforce or Not to Enforce: Laying A Standard of Enforcement of Annulled Awards in India’, where the question of refusal of enforcement of annulled awards simplicter vis-à-vis giving effect to a foreign judgement annulling the award is approached. The author introduces two important legislations which aid in answering the aforesaid question, namely, the United Nations Convention on the Recognition and Enforcement of Foreign Arbitral Awards, 1958 (New York Convention), and the UNCITRAL Model Law on International Commercial Arbitration, 1985 (UNICITRAL Model Law). The author then puts forth a suggestive premise to further explain the conundrum where he refers to an influential piece titled ‘Arbitration Unbound: Award Detached from the Law of Country of Origin’ by Professor Jan Paulsson. The author then provides a comparative analysis of different national approaches to enforcing annulled awards. The author, under this segment, mentions the Internationalist Approach, the Territorial Approach, the Conflict-of-Laws Approach, and the European Convention Approach. The author concludes that the best approach for India to develop its standard of enforcement of annulled awards is the conflict-of-laws approach. In arriving at this position, the author journeys through Section 48(1)(e) of the Arbitration and Conciliation Act, 1996 and some fundamental principles of arbitration.

The inaugural issue of the journal ends with a case study by Radhika Bishwajit Dubey (Partner, Dispute Resolution Practice, Cyril Amarchand Mangaldas) and Aman Singhania (Associate, Dispute Resolution Practice, Cyril Amarchand Mangaldas) titled ‘Supreme Court’s Arbitrability Bonanza: With a Pinch of Salt?’. The authors examine the decision of the Supreme Court of India in Vidya Drolia and Ors. v. Durga Trading Corporation, which is centred around the arbitrability of tenancy disputes, subject-matter arbitrability and the question of who decides arbitrability. The authors begin by introducing the concept of ‘subject-matter arbitrability’ with the help of the famous case of Booz Allen and Hamilton v. SBI Home Finance Limited and Others. The authors then proceed to dissect the judgement which forms the subject-matter of the case study and highlight two distinct features as they find mention in the case: the four-fold arbitrability test, and the forum deciding non-arbitrability. The authors end with an examination of the limitations of the case and provide concluding remarks on the judgement and the legitimate concerns that it so raises.

IRIArb is a bi-annual international journal which follows a double blind peer review format and is edited by the professionals. It is an open access journal which aims to democratise the knowledge and scholarship in arbitration. Chirag Balyan who is an Assistant Professor (Law) at Maharashtra National Law University Mumbai is the editor-in-chief of the journal. The journal accepts the submissions on rolling basis. The full version of articles is available at: www.iriarb.com. For queries you may write to the editors at iriarb@mnlumumbai.edu.in.

Chirag Balyan is the Coordinator, Centre for Arbitration & Research (CAR) and Assistant Professor of Law at Maharashtra National Law University Mumbai. He teaches courses on Alternative Dispute Resolution (ADR) and International Commercial Arbitration at University. He is the Founding Editor in Chief of Indian Review of International Arbitration. At…

In this episode of the Arbitration Conversation, Amy interviews Prof. Rick Bales of Ohio Northern School of Law on labor arbitration in the time of COVID. https://youtu.be/-lmqqMQqA6Y

In this episode of the Arbitration Conversation Amy interviews Arbitrator Moti Mironi, Professor of Law at Haifa University and panel member of CAS (Court of Arbitration for Sport), WIPO, and...

In this episode of the Arbitration Conversation Amy interviews Morenike Obi-Farinde, Founder of the ODRAfrica Network and managing partner of the law firm of ADIGUN OGUNSEITAN & CO. in Lagos,...