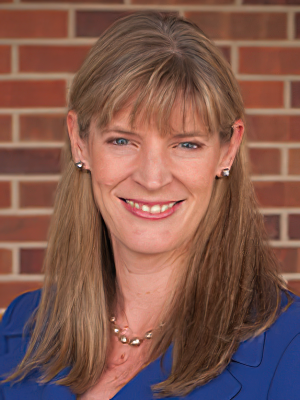 The effort to cut arbitration costs has led to the promulgation of a new tech-assisted model that David Rivkin refers to as the Town Elder Arbitration Rules, which are meant as an informal supplement to the UNCITRAL Arbitration Rules.  The TEA Rules are named after a 2008 paper by Mr. Rivkin.

The key element appears to be the development of “a decision tree listing the issues to be determined and the sequence in which these issues will be decided. The tribunal should organize the decision tree so that the most critical issues would be determined first.”

The procedure appears to incorporate what appears to be more of a civil law feature, ie, increased involvement by the arbitrators in the identification, development, and presentation of evidence.  For example, the TEA Rules “provide the means to determine each of these issues in the decision tree. The tribunal and the parties will establish the procedure for each step one at a time, with a focus on only the procedure necessary for that particular step. Some steps may not require written submissions; others may not require witnesses, experts, or document production. If any document discovery is required, Mr. Rivkin proposed that it be a much more iterative process, with substantially more tribunal involvement, in order to ensure that the search process is more focused and cost-effective. Following a hearing on that issue, the tribunal must issue its decision within a month. That decision will then determine which step in the process shall be undertaken.

Eventually, the case will be decided by a final award in a step that determines an issue that, alone or in conjunction with prior decisions, is dispositive of the case, a settlement by the parties facilitated by the guidance that the tribunal has provided in its step decisions, or a final award dealing with all issues raised. Mr. Rivkin argued that if the decision tree is well designed, most cases will be resolved without the need to determine every issue that was initially presented.”

Dr. Stacie Strong (published as S.I. Strong) is an Associate Professor specialising in private international law, international arbitration, international mediation and comparative law. Dr. Strong has taught at law schools around the world and has acted as a dual-qualified (England-US) practitioner with major international law firms in the UK and…

Arbitration Conversation No. 50: Chittu Nagarajan, Founder and CEO of CREKODR.com

In this special 50th episode of the Arbitration Conversation Amy interviews Chittu Nagarajan, Founder and CEO of CREKODR.com and former Co-Founder of Modria.com about development of CREK as an ODR...

In this round of Arbitration Tips-N-Tools, Professor Amy Schmitz asks some of the leading arbitration practitioners about growth in arbitration in the pandemic, especially in a digital world and faced...

FAIR Act Published. It’s Pretty Much the Same as the Last Iteration

This article first appeared on the Securities Arbitration Alert (SAA) Blog, here. The recently-introduced Forced Arbitration Injustice Repeal (FAIR) Act has been published and, as we suspected, it’s very similar to the...