The Limits of Consent in Multi-Party Arbitration Agreements 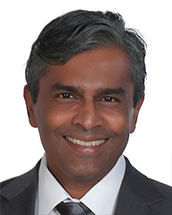 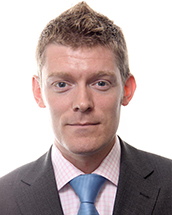 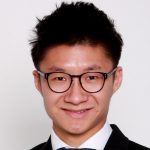 Certain arbitration rules, such as Article 22.1(vii) of the London Court of International Arbitration Rules (“LCIA Rules 2014”), provide for a “forced joinder.” This empowers an arbitral tribunal to order a consenting third party to be joined to extant arbitration proceedings, provided that an existing party also consents to the joinder, even if the other parties to the arbitration proceedings object. However, what constitutes the requisite “consent” and how may such “consent” be established?

In the recent decision in CJD v CJE and another [2021] SGHC 61, the Singapore High Court took the opportunity to consider the element of “consent” in a “forced joinder” and issues revolving around the proper interpretation and ambit of Article 22.1(vii) of the LCIA Rules 2014.

Importantly, the High Court made it clear that simply being a signatory and party to a multi-party contract containing the arbitration agreement was not sufficient in and of itself to constitute consent by a third party to being joined in any arbitral reference involving any of the other parties to the multi-party contract. The High Court emphasised that as a “forced joinder” in the context of arbitration is a drastic one, in a multi-party contract, the wording of the relevant institutional arbitration rule and the arbitration agreement must be clear and unambiguous in empowering an arbitral tribunal to allow a forced joinder and containing or evidencing the express consent in writing to such joinder by the third person proposed to be joined.

The Joint Venture Agreement provided that any dispute arising out of, or in connection with the Joint Venture Company would be resolved by way of an arbitration seated in Singapore in accordance with the LCIA Rules 2014 (Clause 36.3).

Subsequently, the First Defendant commenced arbitration proceedings in Singapore against the Plaintiff under the auspices of the LCIA (“Arbitration”), and the Plaintiff filed inter alia, an application to the Tribunal to join the Second Defendant as a party to the Arbitration (“Joinder Application”).

The Tribunal rejected the Joinder Application:

Richard is a local principal in Baker McKenzie’s Dispute Resolution and International Arbitration Practice Groups. Having trained and practised in the London office of Baker McKenzie for eight years, Richard moved to the Firm's Singapore office in 2016. Richard is a member of Baker McKenzie's Energy, Mining & Infrastructure and…

Nicholas Tan is an associate in the Dispute Resolution practice group of Baker & McKenzie Wong & Leow in Singapore. Nicholas acts for clients mainly on civil disputes relating to a wide range of commercial contracts. He regularly advises on a variety of corporate and commercial transactions, among other things,…

The Canada–European Union Comprehensive Economic and Trade Agreement (CETA) List project demonstrated that there are occasions where appointing bodies have failed to give women the same opportunities to obtain arbitral appointments...

This article first appeared on Consumer Finance Monitor, here. A litigation phenomenon that has recently surged is the simultaneous filing of hundreds or even thousands of individual arbitration demands against...