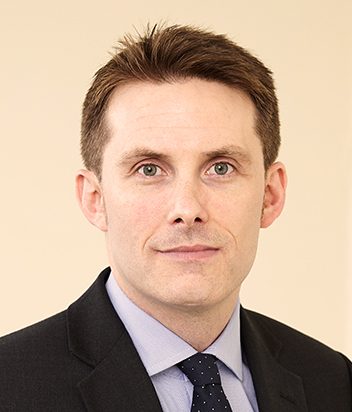 This blog post was originally published on the Practical Law Arbitration Blog and is reproduced with the permission of Thomson Reuters.

There are various means open to a party to an arbitration to seek correction of a mistake by an arbitral tribunal depending on the nature of the mistake.  For example, section 57 of the English Arbitration Act 1996 (AA 1996) empowers the tribunal of its own initiative or upon the application of a party to:

The recent decision of Sir Ross Cranston in Doglemor Trade Ltd v Caledor Consulting Ltd is a striking and unusual example of a tribunal admitting a significant mistake in the production of its award, but then compounding that mistake by refusing to amend the award following an application made under the relevant provision of the LCIA Rules that gives effect to section 57(3)(a) of the AA 1996.

Mr Khabarov alleged that this constituted a repudiation of the COD and commenced an LCIA arbitration.  The repudiation was admitted by the Doglemor parties in their defence submissions.

The sole issue which fell to be determined, therefore, was the quantum of Mr Khabarov’s losses.

A model was produced by the parties to be used by the tribunal to determine the valuation of the shares.  The model enabled the tribunal, having decided various disputed points between the parties, to input figures as additions or subtractions into the model, which would then result in a calculated figure of the total value of the shares.

One of the inputs was historic tax liabilities, which the tribunal found to be USD90 million.  This ought (according to the model) to have been a subtraction not an addition.

Had the historic tax liabilities been properly treated, the figures produced by the model would have been USD212 million, USD64 million and USD4 million respectively.

Application to tribunal to correct mistake

The Doglemor parties made an application under article 27(1) of the LCIA Rules, which allowed the tribunal to correct “any error in computation, any clerical or typographical error, any ambiguity or any mistake of a similar nature”.

The tribunal issued a Response to that application in which it accepted that “focusing purely on the Agreed Model, it is clear to the tribunal that it made an error of computation, or a clerical or typographical error or a mistake of similar nature”.  It also accepted that had it correctly treated the historic tax labilities as a deduction, “from a purely mathematical point of view”, the adjusted value of the option shares would have been USD64 million (and not USD118 million).

However, the tribunal rejected the application because it said that if it corrected the award, that would not give effect to its intentions, as expressed in the award, of awarding substantial damages. This position was explained on the basis that the tribunal had not assessed the loss by a purely mechanistic application of the model, but rather by an iterative process which involved “sense checking” the output from the model by reference to other considerations.

The tribunal said that, had it appreciated the result of the subtraction of the tax liabilities, it would have carefully reviewed its determination of the EBITDA margin (which it considered might have been too low), to give effect to its view that a mechanistic approach to the model should not produce an ultimate valuation which the tribunal regarded as under-compensating Mr Khabarov.

The tribunal, therefore, concluded that the error did not undermine its assessment of the loss suffered by Mr Khabarov.

Application under section 68 of AA 1996 to Commercial Court

Unsurprisingly, the Response did not satisfy the Doglemor parties.  They, therefore, challenged the award under section 68 of the AA 1996, principally contending that there was “irregularity in the conduct of the proceedings or in the award which is admitted by the tribunal” (within section 68(2)(i)), which had caused them serious injustice.

On behalf of Mr Khabarov, it was argued that the only error made by the tribunal was one of fact, which was not challengeable before the courts and, in any event, any irregularity had not caused substantial injustice in the light of the explanation of the tribunal in the Response that it considered that the damages awarded reflected the loss suffered by Mr Khabarov.

Sir Ross Cranston dismissed the contention that the tribunal’s admitted error was one of fact. Rather, “it fell into a different category, an error of implementation not doing what the tribunal stated on the fact of the award it intended to do”.  While he noted that there was limited authority on section 68(2)(i) of the AA 1996, he had little doubt that the mistake in this case fell within the sub-section.

The judge also rejected the argument that no substantial injustice had been caused by the admitted mistake.  He said that if the tribunal had had an opportunity to address the computational mistake, “it might well have produced a significantly different award and outcome”.  In particular, he referred to the fact that in the Response, the tribunal had not said that it would have made precisely the same assessment of damages had it been aware of the mistake, rather that it remained of the view that substantial damages should be awarded.

The court held that the only additional point, which should be remitted alongside the computational error was the determination of the EBITDA figure because the tribunal had not conclusively decided the amount of the EBITDA figure in the award and had expressed the view that the figure was too low, but, given that it was satisfied that the quantum produced by the model was a reasonable assessment of loss, it did not consider it necessary to reach a view on the doubts they had about the EBITDA figure.

Mistakes of all different kinds will, of course, be made by arbitrators, often trivial and of no relevance to the parties’ legal rights.  This case is a good example of the different rights and remedies open to a party affected by a serious mistake.   The Doglemor parties correctly attempted to cure the mistake by invoking the provision in the LCIA Rules (as they were required to do by virtue of section 70(2) of the AA 1996), but, having failed in that attempt, successfully sought the intervention of the courts.

Paul is an experienced junior barrister specialising in commercial and international trade disputes. He is described as “very erudite and quick on his feet; he has an unparalleled eye for detail and is careful, considered and astute” (Chambers UK 2020). He has been recommended for many years in the Legal…

In this episode of the Arbitration Conversation Amy interviews Arbitrator Professor Maureen Weston, Professor of Law and Director of the Entertainment, Media & Sports Dispute Resolution Project at Pepperdine Law's...

In this episode of the Arbitration Conversation Amy interviews Mirèze Philippe, Special Counsel at the International Court of Arbitration, International Chamber of Commerce, on gender diversity in arbitration. https://youtu.be/6URk_FvjHX0

When the Apple II was released in 1977, it was among the first computers marketed and mass-produced for businesses and individuals alike. Apple would later adopt the slogan “The computer...